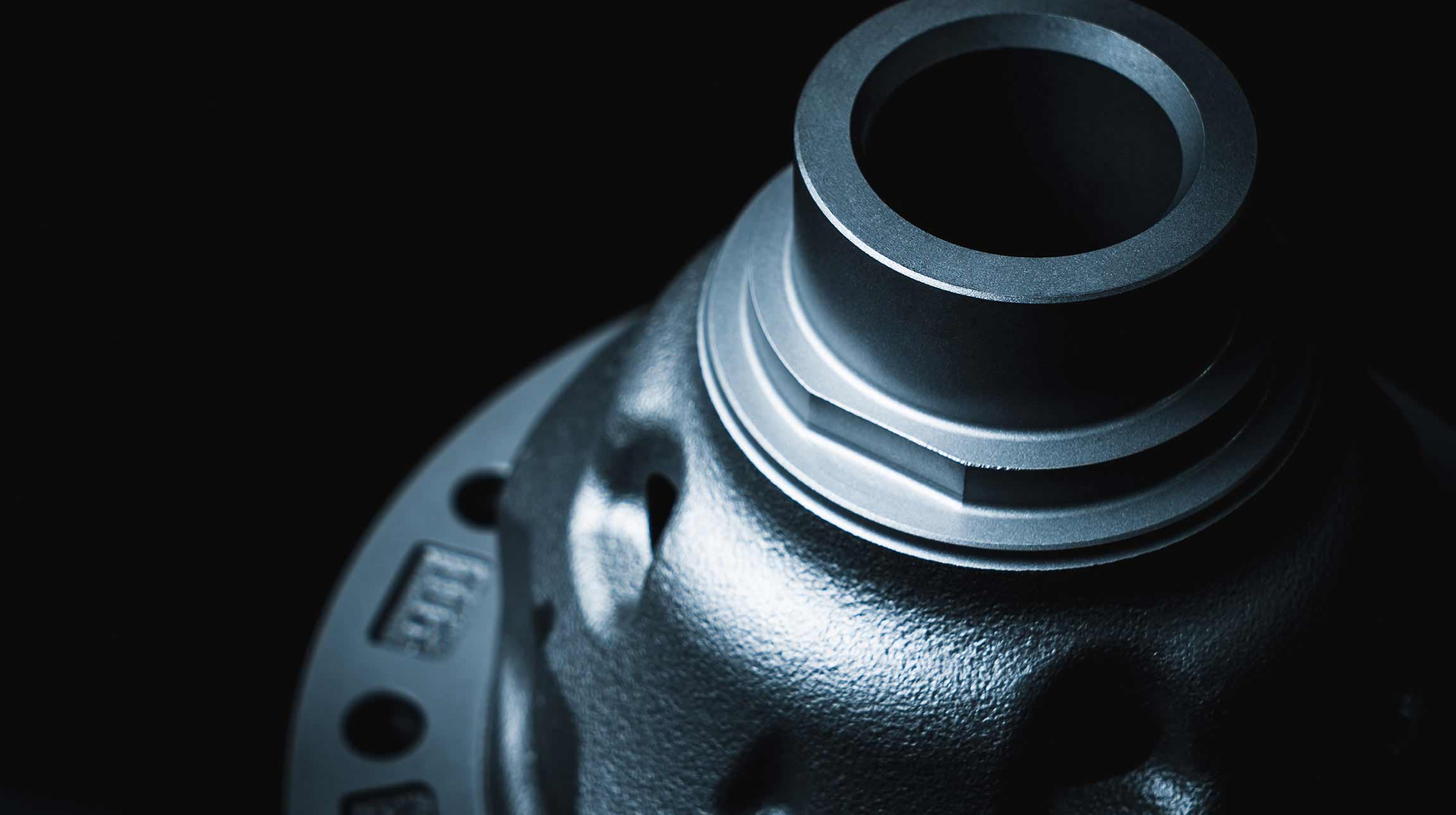 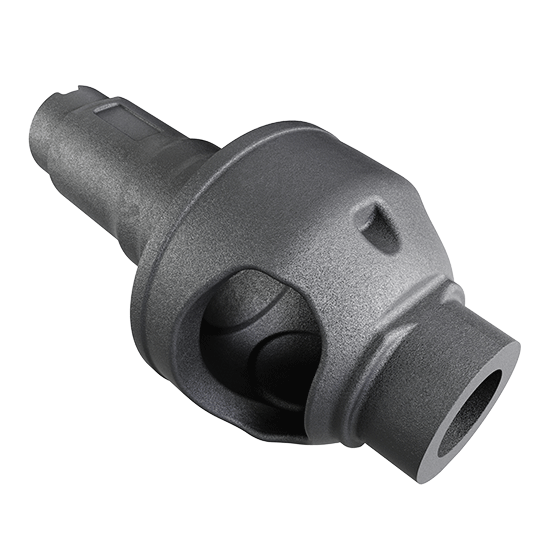 Differentials are fundamental to a car’s ability to turn.

In short, they transfer an engine’s torque to the wheels, splitting the power to enable them to spin at different speeds (rpm).

Without this arrangement, vehicles will be reliant on wheels locked to a single axle – limiting a driver’s ability to steer.

All of MAT Foundry Group’s transmission components, including differential cases, are specially cast and machined to meet the high-quality standards and tolerances that OEMs require. 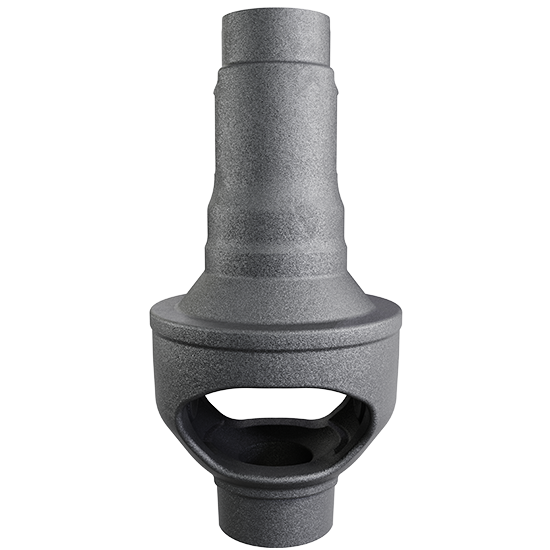 There are various types of differential but the most common remains the Open Differential.

This setup sees two wheels mounted onto separate axles, supported by a single frame which allows them to revolve freely at different speeds.

Spokes are added to the inner end of both axles, allowing the wheels to spin separately when turned.

A crosspiece is introduced between the two which does allow for the pair to rotate straight and at the same speed where required.

A further support piece re-enforces this but prevents one tyre spinning faster than the other. It’s only when a pivot is introduced that this issue is resolved, and one wheel can be turned while the other is stopped. 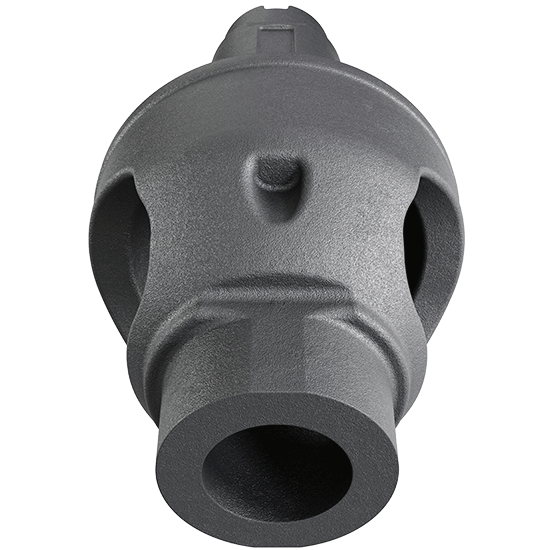 Another crossbar, and further spokes, are added to ensure it won’t turn too far. Extra spokes plug the gaps and allow for a smoother transition.

Over time gears were made thicker and stronger for automobiles. Their edges were cut in such a way as to fit together more easily and move silently.

A larger gear is also needed, one connected to a smaller gear which is itself attached to the power source – otherwise known as the drivetrain.

When turning inwards, we rely on inside wheels slowing and outside wheels speeding up. The differential system allows for this movement. 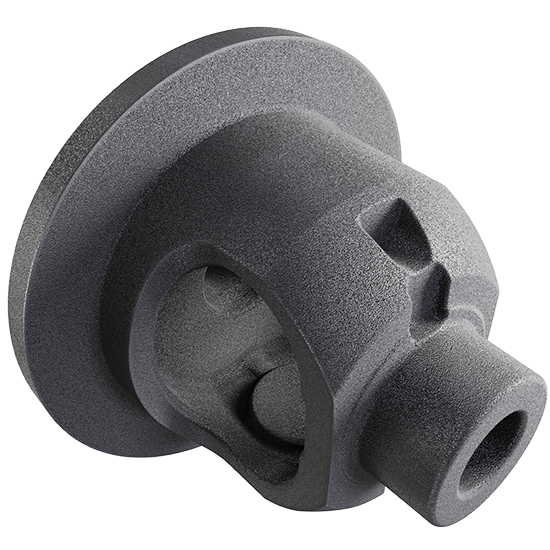 The open differential was the first of its kind

Many types of differential have followed. Click here to learn about them all 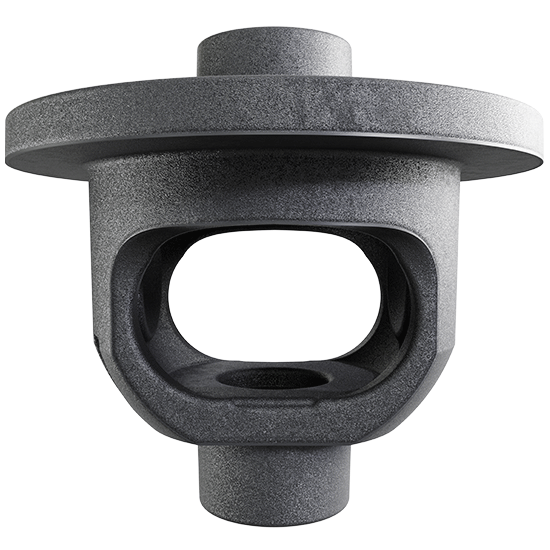