Stock car racing, as it was once known, has a somewhat murky past. Whilst Formula One was coming of age on European circuits, the United States was in the grip of prohibition and bootleggers were running booze all over the country.

These ‘moon runners’ were taking ‘stock’ or standard spec cars and tuning them to become high performance roadsters that could outpace the Police (not alway successfully). 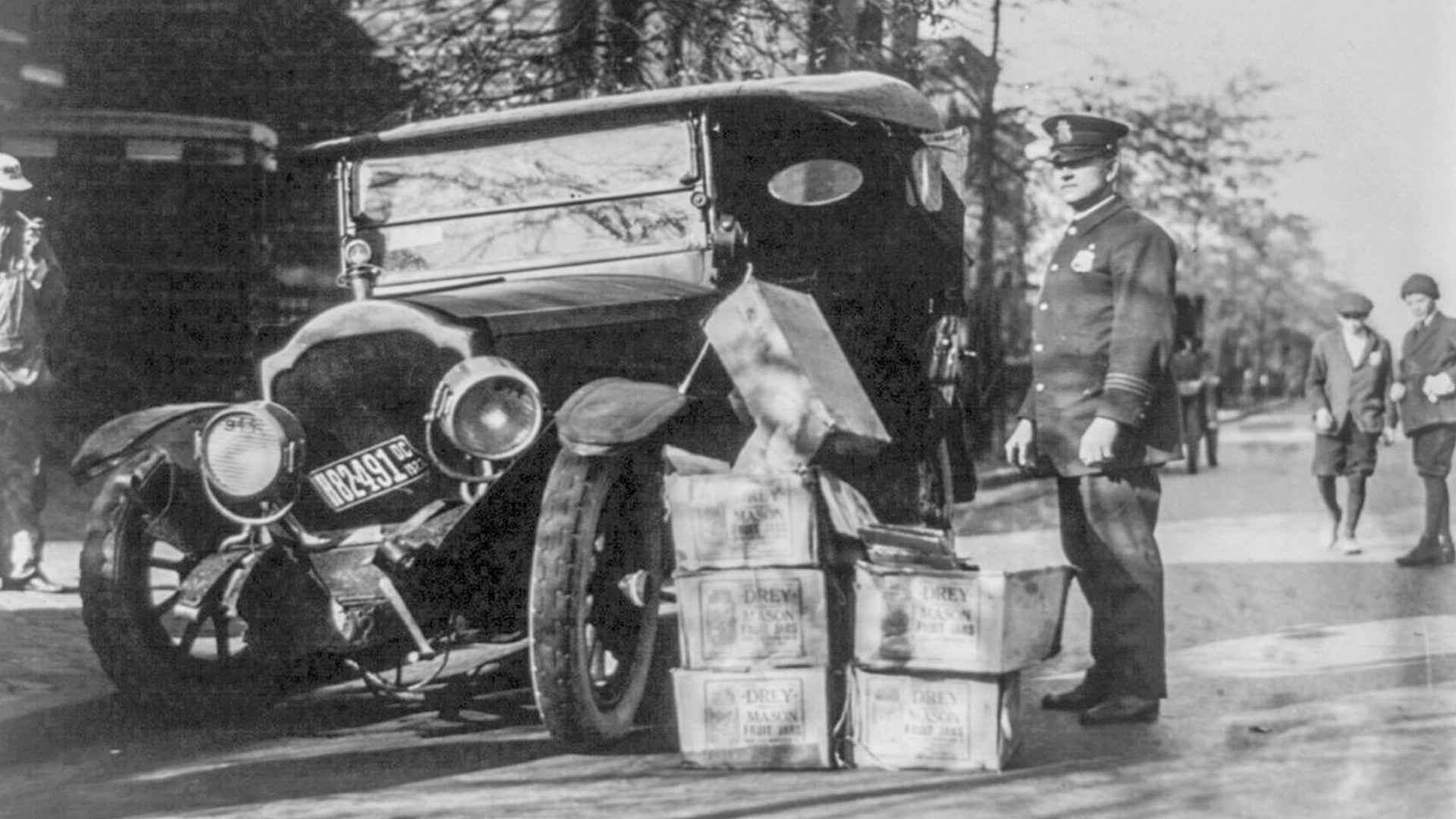 It didn’t take long for the runners to begin competing in fields and desert flats and the other forgotten corners of America to see who had the best cars.

NASCAR’s coming of age brought with it a great deal of standardisation including insurance – because up to now drivers were on their own – pit crews and standardisation of the vehicles.

Sixty-eight years on and stock car racing bares very little resemblance to its origins. The drivers don’t by the cars for a start, instead – like Formula One – they are owned by the team.

The cars themselves are fuel guzzling V8, 725 bhp monsters weighing over 3 tonnes (3.5 tonnes with fuel and driver). Speeds of 120 mph on dirt tracks have been replaced by 200 mph on tarmac ovals. 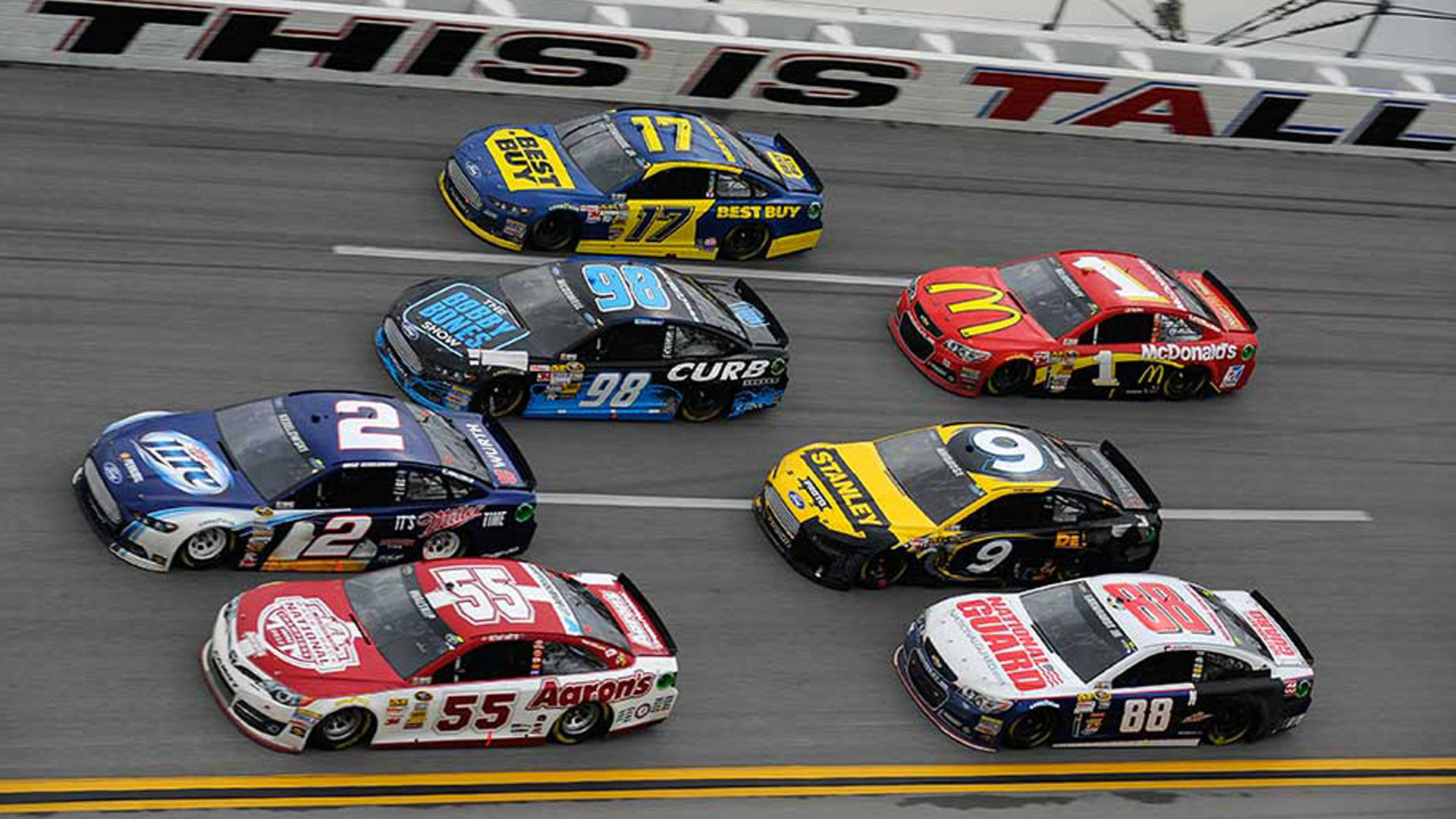 For all this innovation however, NASCAR, at its core, hasn’t changed all that much. Whereas Formula One is about the pinnacle of automotive engineering, NASCAR is about raw power. The cars are heavy and incredibly basic.

NASCARs don’t even have doors. This is partly a safety issue as, in a wreck; a door would pose a huge risk to the driver in terms of being thrown from the car, but other drivers as it’s a very large piece of debris. However, it's also about making the car a rigid petrol fuelled missile on the track.

In Formula One braking systems are efficient to the point of perfection. They are not allowed to be improved any more or ovetaking would be come all but impossible. Using a carbon fibre composite, a Formula One car can go from 100mph to a standstill in a shorter distance than a commercial car can when moving at 60mph.

These composite brake discs can also withstand temperatures of up to 1,200 degrees Celsius and thanks to some incredible innovation can direct energy that would be wasted as heat into the power train making the cars more efficient.

Stock Car brakes are a little less sophisticated and a lot smaller. Made from iron, the only thing that separates the brakes of a Stock Car from that of a production car is the thickness of the iron.

Trying to stop a 3.5 tonne car, travelling at speeds of 200mph an hour, in a pack of 40 cars is no simple trick. Brake too hard and the wheels will lock. Don’t brake enough and the slip stream will drag you into the tail of the car in front.

NASCAR is famous for its wrecks and this is entirely down to the deliberately basic approach to racing the sport adopts. The ethos is very much about Man and Machine working as one. Right up until you introduce a concrete wall.

The only frill Stock Cars get is aerodynamic venting to keep the discs cool without causing drag. Even this concession is to prevent the hydraulic fluid in the caliper boiling off from the intense heat of braking.

In many ways, NASCAR has changed very little from its illicit origins.

It’s always been about production, stock, cars taken to raw edge of power and speed.

It’s always been about the ability of the driver over the technology in the machine they’re in command of.

And it’s always been about just how far those drivers will take their machine before they apply the brakes.