Despite moving ever closer to the driverless vehicle, it’s difficult to predict what direction transport will be taking over the next few years.

Although a Google search will offer plenty of speculation with regard to the domestic and commercial opportunities afforded by the digital revolution, we have to dig very deep to find out how the latest tech is affecting our security forces.

Whilst a driverless armoured vehicle poses an intriguing question, the emphasis will always be protection, reaction and firepower over anything else.

The conflicts in Iraq and Afghanistan dramatically changed how wars were fought. IEDs (improved explosive devices) turned roadways into death traps not only on foot but in transports.

Whilst the Land Rover Defender built a solid reputation both in the British countryside and as the workhorse of the British Army, this insidious shift in combat turned a plucky and highly adaptable all-terrain mainstay into a death trap.

The Ministry of Defence responded to this threat by commissioning Force Protection Europe to devise and build a mobile armoured vehicle to replace the Land Rover. Which it did in under a year. 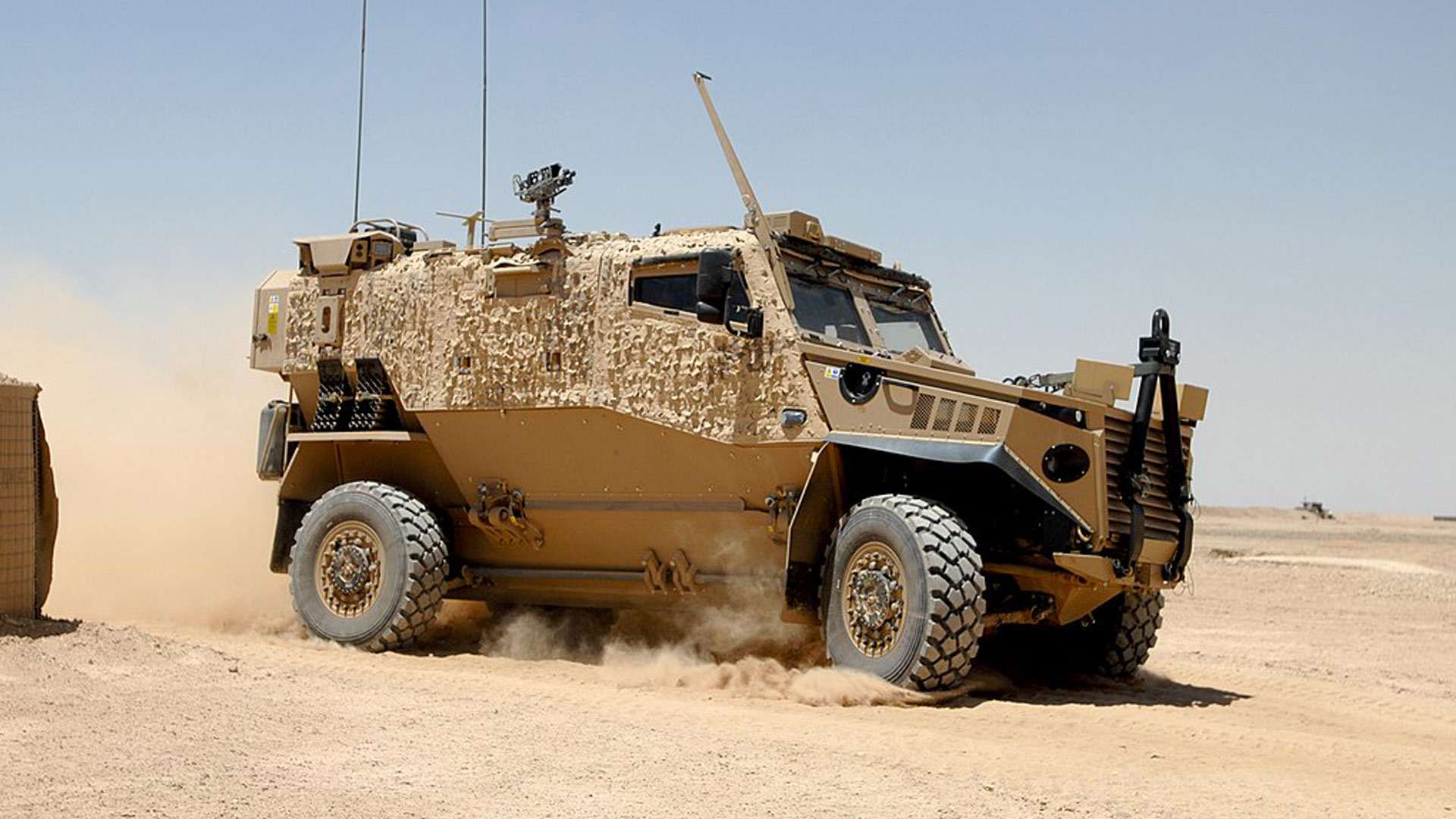 The Foxhound differs from the Land Rover in a variety of ways but one of the most significant being that the chassis and panels are all made entirely of armour plate rather than steel that has armour added to it.

The design of the underside is also v-shaped which directs bomb blasts away from the crew compartment dramatically increasing the chances of survival for those on board.

However when you combine this incredibly solid chassis with the M16 Monoblock diesel engine and you get a 7.5 tonne rally car, capable of reaching speeds of 82 mph.

Allied with a independently driven wheels and you’re presented with a truly versatile armoured fighting vehicle.

It’s the combination of the composite armour and independent wheels that make the Foxhound so effective in the field. Because it can move at such high speeds (for something that heavy) it needs to be able to accelerate, slow down, turn or come to a complete stop very quickly.

Thanks to the Foxhound’s weight and rock solid construction it has a very low centre of gravity and incredible grip be it on sand or tarmac.

Specially forged brake rotors and callipers are used in the Foxhound to cope with the extra weight, heat and ever unpredictable combat conditions.

Don’t forget, they still have to do the exact same job as a three tonne SUV but with the added complications of weapons fire, explosives, sudden and often violent changes in direction on top of trying to stop a 7.5 tonne armoured fighting vehicle and its occupants.

What makes the Foxhound really special is each wheel is independently powered which means if a wheel is destroyed or rendered inoperable, the other three wheels will continue to drive the vehicle forward.

All this adds up to a vehicle that is highly mobile, capable of rolling in and out of hostile situations with the manoeuvrability of a Land Rover Defender with the protection of an armoured fighting vehicle.

Cyclists - How Can Motorists Keep Them Safe