There’s good reason why we’re the most dominant species on Earth. We developed cognitive and critical thought. We developed a sense of self. We began to reason.

This brings with it a lot of responsibility.

Many of our daily activities are extremely dangerous.

Our lives are a miasma of calculated risks that we undertake with very little conscious thought: preparing vegetables with a sharp knife, riding a bike or crossing the street.

We have the capacity to calculate risk and adjust our behaviour accordingly to minimise risk and maximise survival.

For a hedgehog, the decision to cross the road probably wouldn’t be taken lightly.

Evolution has made us very good at determining distance and movement. Not only is this because of our sensory development for identifying colour, contrast and movement, but also our ability to understand potential danger.

We need these two things to work simultaneously to function – the latter of which can often get drowned out by our conscious mind driving our behaviour to, for example, drive faster than we should because we’re running late/more important than everyone else/like driving fast.

Honestly, how often do you find yourself driving a little too close to the back of another car on the motorway?

This expectation has led many of us to ignore the widely regarded ‘two second rule’ on these roads, even though you adhere to it on roads around town.

We expect to regularly stop on residential streets. We expect there to be obstacles and emerging hazards. We expect other drivers to do something unexpected (a little paradoxical but you get the idea).

All of this has caused us to be pretty terrible at identifying what’s known as ‘looming motion.’

WHAT IS LOOMING MOTION?

Looming motion, simply put, is the rapid expansion of an image, as well as our psychological response that it’s approaching and most importantly – how quickly.

Ever noticed how moving objects seem to appear exponentially?

That’s looming motion. Where this becomes dangerous is when you’re on the road and you’re approaching an object at speed.

Picture the scene: You’re driving on a national speed limit single carriageway. The car in front of you is travelling at 40mph, and you’re looking to overtake. There’s an approaching car 500 metres away. You might think that means you have over 28 seconds until it passes. 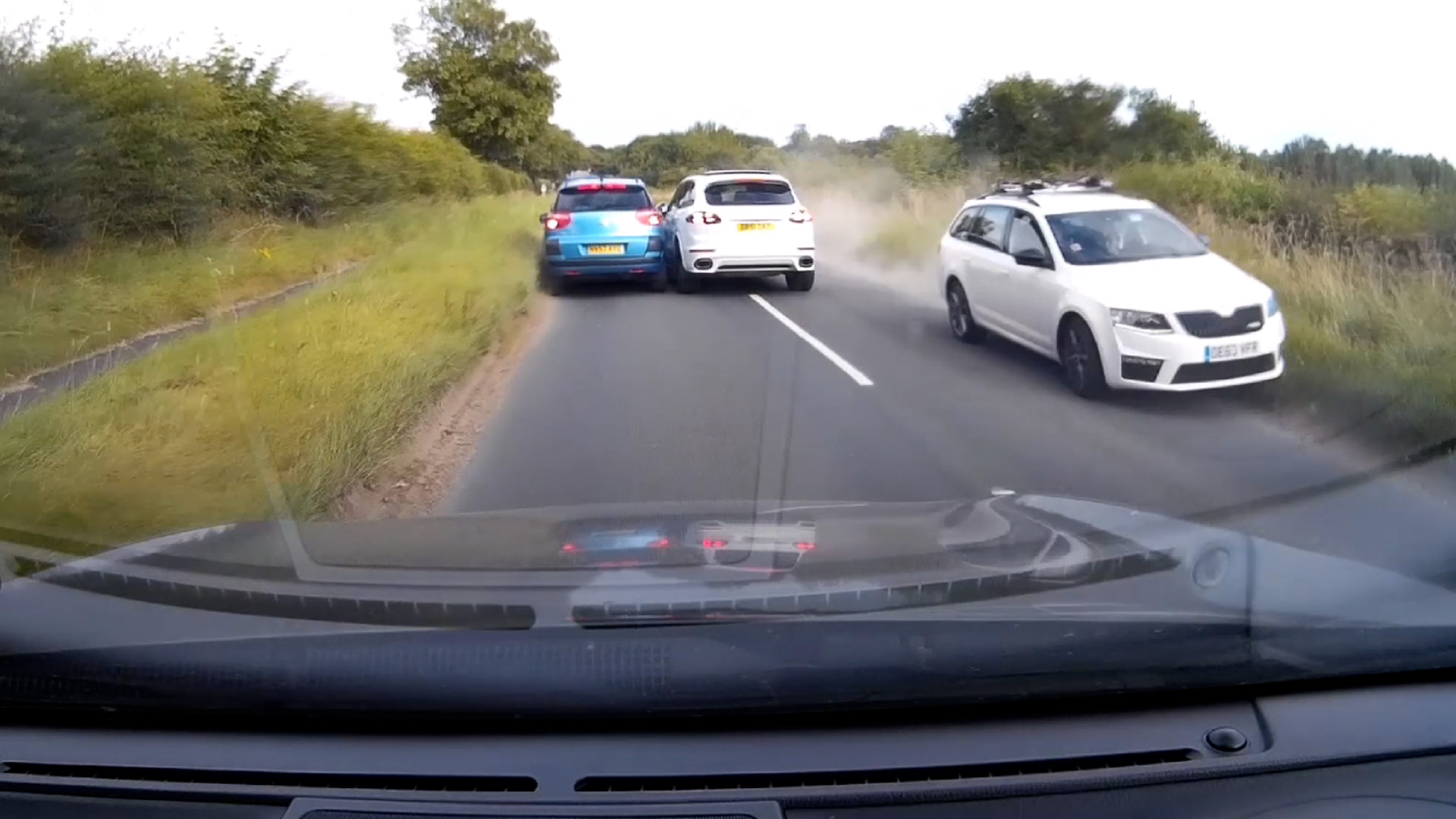 Remember, that approaching car is probably travelling at the speed limit, meaning that your closing speed is now 100mph and that time is reduced to 11 seconds.

To complete your overtaking manoeuver, you’ll have to accelerate in the oncoming lane (without breaking the speed limit) and move back to your lane in that time.

When travelling at 60mph, the closing speed is now 120mph and the collision time is at 9 seconds.

Depending on your vehicle, it may take up to 3 seconds to go from 40mph to 60mph. You then have to pass the car you’re overtaking at what will be 20mph for a distance of around 50 metres for a safe overtake at this speed. That will take you 5.5 seconds.

According to our very rough calculations, you now have the grand total of half a second spare before the oncoming vehicle passes.

Technology can’t do everything but it can do a lot – and this is one of those situations where technology definitely can help.

We recently wrote an article on the benefits of collision avoidance systems. If you haven’t already read it, please do! In this article, we discussed how technology really can help to overcome our human limitations.

At MAT Foundry Group, we’re big believers in active road safety. All cars on the road are already pretty safe. They wouldn’t be allowed on the road if they weren’t.

It’s got to the point where there isn’t really much left to improve other than the human behind the wheel. What’s the best way of improving this? By adding more technology to help the human or remove the human from the equation all together.

Many experts predict that the human component in vehicles (not just cars) will play a smaller and smaller part in the decision making process.