The MAT Foundry Group is one of the world’s foremost manufacturers of cast and machined components for the automotive sector.

Collectively our seven foundries and ten machining facilities are responsible for the production of parts seen in two thirds of all vehicles driven on European roads.

It may also surprise you to learn a great many of those are still cast from iron.

Durable, heat resistant and easily manufactured, it’s actually little wonder we produce 350,000 tonnes of this particular type of metal every year. Yet iron itself comes in a variety of different forms and grades.

Our specialist team of engineers, however, gravitate towards two above all others. While both can be deployed across the automotive sector, their physical properties are quite distinct, each better suited to different mechanical applications.

So, let’s see how ductile and grey irons match up… 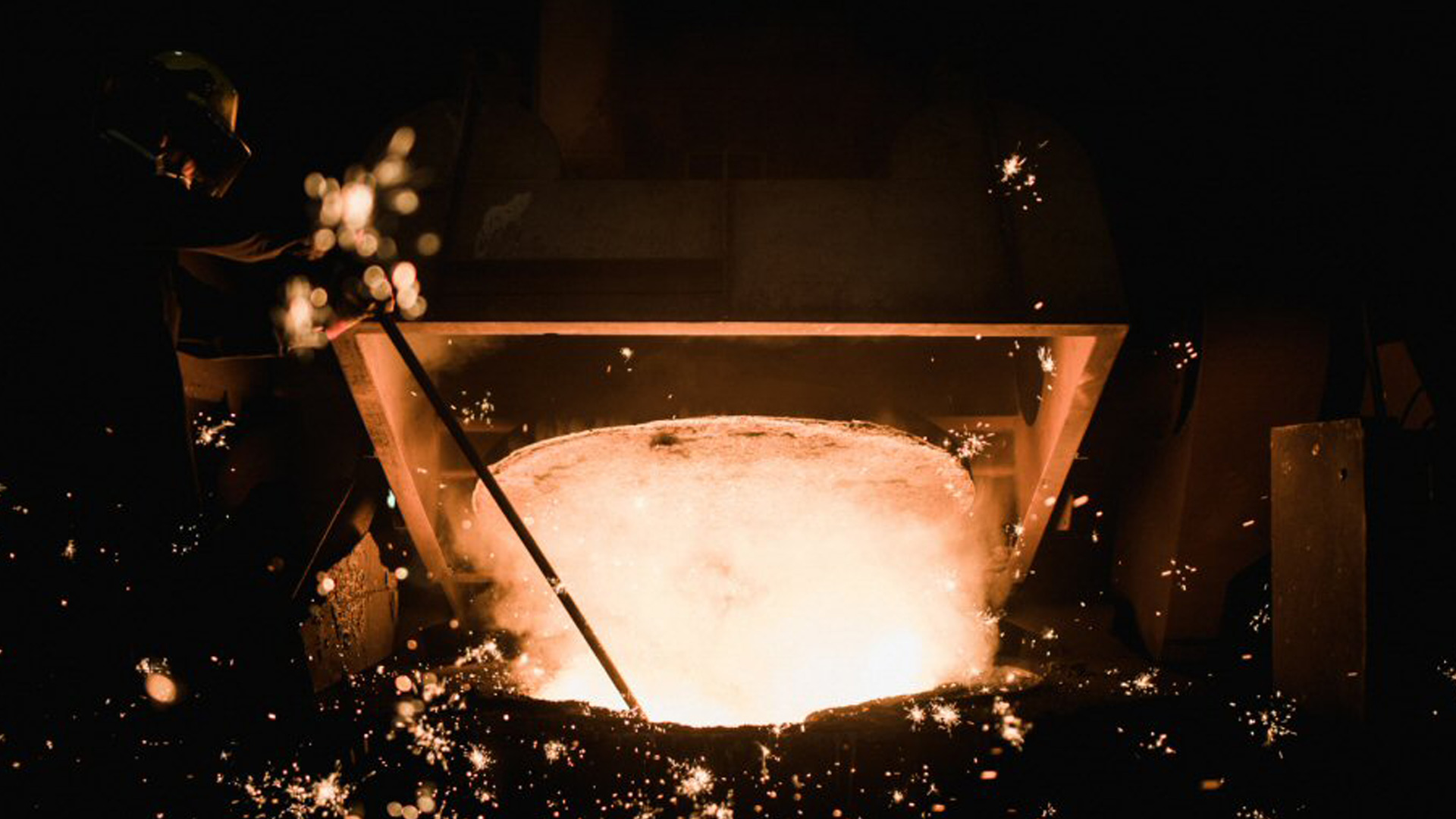 Grey iron probably remains the most commonly used type of cast iron, and played a significant part in the industrial development of the 19th century.

The name comes from the grey colour of fracture that is formed when the material is broken.

This metal’s composition is 2.5-4% carbon and 1-3% silicon. Grey cast irons have a graphite microstructure – these of the flaked variety. More on that in due course.

Grey iron possesses many qualities that lend themselves to casting and it exhibits superior machinability. This allows for near-net manufacturing then machining for mass reduction and excellent surface preparation.  Indeed, it’s regularly used to create compressors, diesel engine parts, pumps, valves and more.

This is due in large part to it being a technically viable and cost-effective alternative to steel.

Moreover, grey iron is easily machined. It can be cut simply and at high speeds, accelerating the engineering process. Those turnaround times are often reflected in price.

Grey iron can also be utilised in components that are exposed to elevated temperatures because of its excellent thermal properties.

Grey iron’s best attribute is arguably its vibration damping capacity. Simply put, it absorbs vibrations extremely well, positioning it as an ideal solution for brake and engine components above all else.

While these parts are spared great impact, they can undergo high levels of vibration. Grey iron can withstand that quite comfortably. This makes up for the fact it has a very low elongation value.

That’s one reason it’s become a fixture for the likes of boiler parts and machinery bases. Manufacturing equipment frames also tend to be made this way. Nevertheless, it still plays a key role in the commercial, passenger and heavy-duty vehicle sectors. 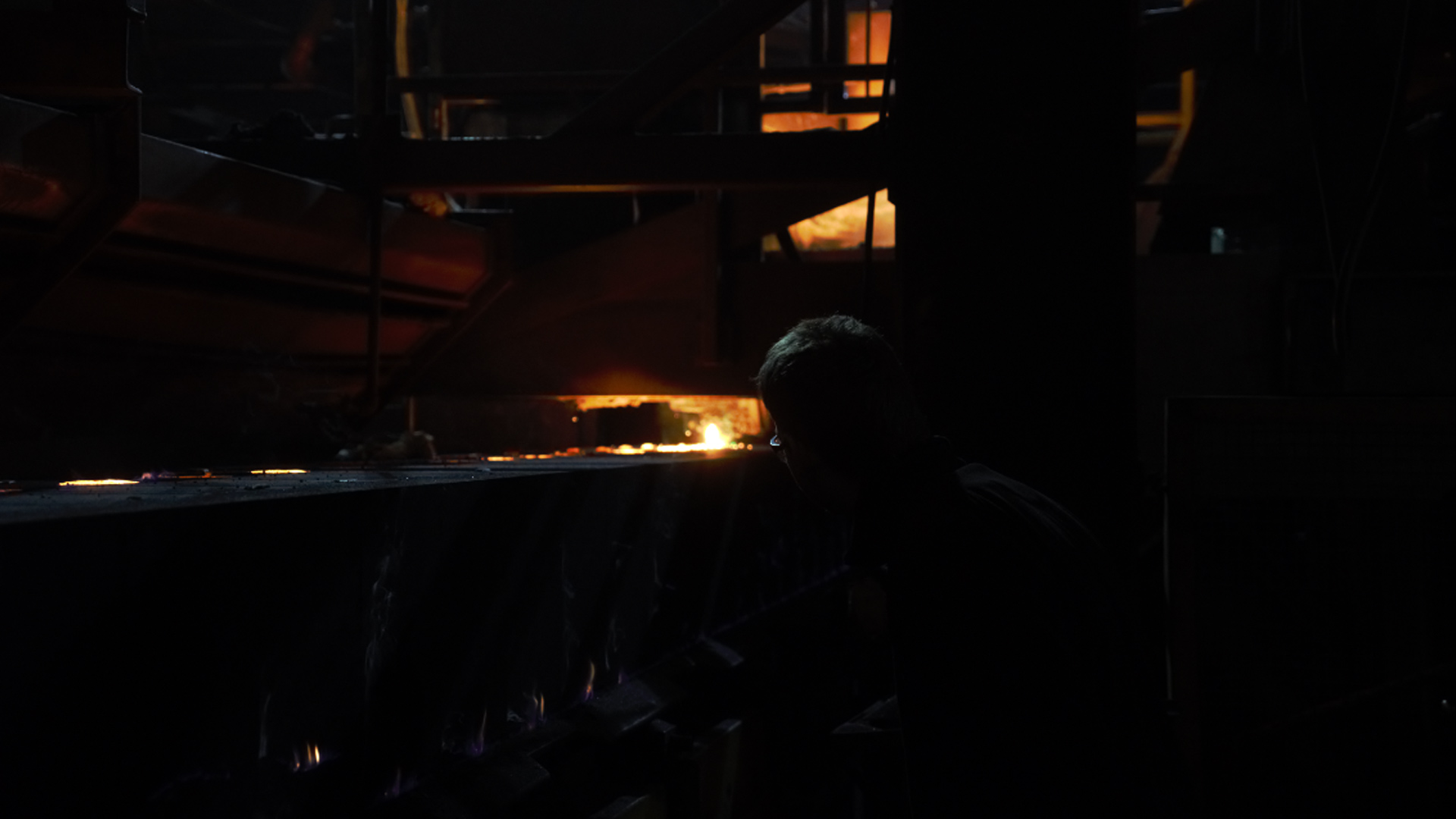 Ductile iron is a relative newcomer.

Sure enough, it was only discovered in 1943 and developed in 1948. Since that time however it’s been given several names. You might have seen it referred to as any one of the following: Graphite Cast Iron, Nodular Cast Iron, Spheroidal Graphite Iron or simply GS Iron.

Consisting of trace amounts of other compounds – among them cerium and magnesium, this metal has a high carbon content (between 3.2% and 3.6%) and is generally considered better for engineering purposes. It does not fracture as easily as grey irons, owing to the spherical nature of the graphite nodules.

While production is more involved and relies on a spheroidising agent to transform flake graphite into sphere-like nodules, the ends justify the means.

Ductile iron boasts tremendous tensile strength. Certainly, it stands up better in tension than other cast irons, with its strongest type (to ASTM A536) recording a tensile strength of 827 N/mm2. For context, the toughest grey iron equivalent (SAE G4000) can only muster 276 N/mm2.

Given those numbers it goes without saying ductile cast iron will not fracture easily on impact.

Great yield strength means it can withstand huge stresses before it begins to change shape. This is in stark contrast to the likes of a far more ductile material such as aluminium.

If flexibility is desired however, ductile iron can undergo significant deformation without breaking and in this respect, the clue is in the name…

Unlike grey iron, ductile is known to have high elongation values. That is to say, it can increase in length when in tension, without failing. This is as good a test as any as to a material’s robustness. High ductility ferritic irons can reach 18-30 % elongation.

Originally seen as an alternative to malleable iron - bemoaned as expensive and unreliable in light of technical heat treatments – ductile is now seen as the perfect alternative to steel, and a step up from grey iron.

Its durability owes much to its microstructure that consists of a ferrous matrix and microscopic graphite spheres. These are in contrast to the aforementioned graphite flakes seen in grey iron, which can lead to higher stress concentrations.

Ductile comes in many grades and generally the cast iron is deployed for use in hydraulic valves, pumps and machine frames. In fact, it’s now well established as the go-to for applications requiring strong resistance.

Though the more costly of the two examples, it remains cheaper and easier to cast than thin steel.

There are good reasons why, even in the face of materials’ innovation, iron remains integral to braking, suspension and engine components alike.

One of these is its reliability. Given mankind has been handling iron for centuries, we’re more than confident in its ability to withstand stress and impact. Such dependability is invaluable wherever safety is concerned.

Crucially however that sturdiness does not come at the expense of versatility. Indeed, iron can be cast into pretty much any shape with complex sand moulds and cores.

So, while the likes of carbon fibre, steel and magnesium have their own merits, there will always be a demand for iron components, and the ductile and grey variants in particular. Here at MAT Foundry Group, we know that better than most.

Why We Use Iron In Car Components

How Do Foundry Pouring Units Work?