The new football season in in full swing and EURAC Poole have a vested interest.

The 2022/23 campaign marks our first foray into the beautiful game, courtesy of a sponsorship deal with local side Poole Town.

The Dolphins, who ply their trade in the Southern Premier League, currently sit sixth in the table.

And eagle-eyed supports will have noted that - on their travels - the team are proudly sporting away trips adorned with the EURAC Poole logo.

Visitors to the Tatnam Ground meanwhile will also have seen us featured in matchday programmes.

It’s a burgeoning relationship and one of many local tie-ins that allow the club to not only survive but grow. 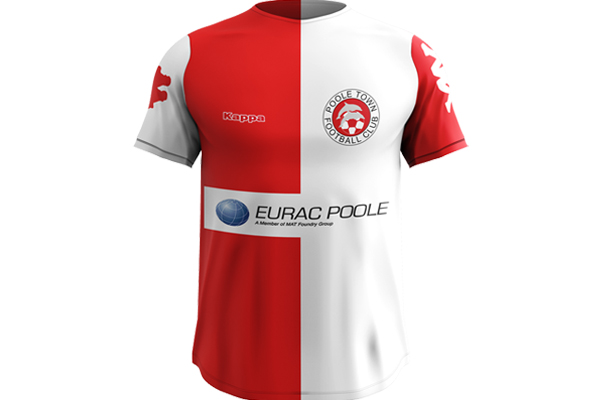 Poole Town FC have a long and storied history. Founded in 1880, they were competing long before the likes of footballing giants Arsenal and Liverpool.

The proceeding 142 years have brought great highs, including a 3rd round FA cup tie against Division One Everton in 1926.

Multiple winners of the Dorset Senior Cup, the club’s greatest achievement came in 2016, when they were crowned Southern Premier League champions for the very first time.

This followed a near miss the previous season, making the victory all the sweeter. Having gained promotion, the team went on to compete in the National League South.

Of the many great players to represent Poole Town, the most famous is without doubt Charlie Austin. The predatory striker netted 48 league goals for the club in a memorable 2008/09 campaign, earning himself a move to League One Swindon Town in the process.

From there Austin went on to rip up the Premier League with the likes of Queens Park Rangers and Southampton, notching 18 goals for the former in his debut season in the topflight.

Presiding over his 19th season at the helm is long-standing manager and Dolphins legend Tom Killick. A respected goal scorer in his own right, Killick played for Town himself and is currently supported by another former player, assistant manager Micky Hubbard.

Between them the pair have overseen an encouraging start to the season.

An opening day trouncing of Winchester City (3-0) has been followed up by eye-catching wins against Yate Town (5-0) and Beaconsfield (2-0).

The team have fared particularly well away from home, winning four and drawing one of their six games on the road. Perhaps it has something to do with those shirts…

The black and golds currently lie sixth, one place adrift of the play-off spots but with a game in-hand on league leaders Truro City, who they drew with in mid-August.

Early season optimism has been fueled by the performances of new signing Wes Fodgen. The box-to-box midfielder, who signed from Dorking Wanderers in July, has certainly caught the eye, chipping in with five goals as he rekindles the form that earned him starring roles at AFC Bournemouth and Portsmouth, amongst others.

The hope is the signing of Eurac Poole will have as big an impact, albeit in a different sense. 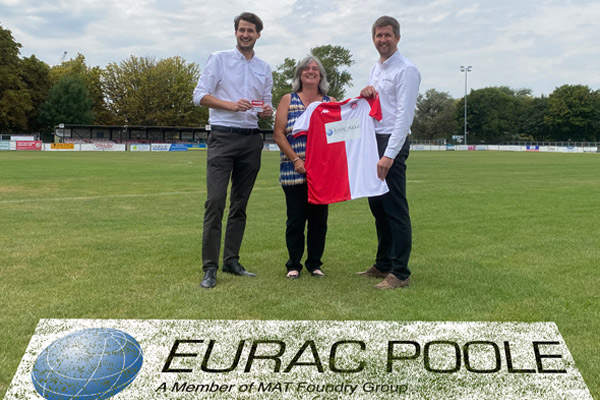 The partnership was rubber stamped in August when Operations Manager Philip Grounds visited the club, alongside Strategic Purchasing Manager Adam Krosnar-Clarke. They put pen to paper in the presence of the club’s own vice-chair Pippa Daniels.

Confirming the new sponsorship deal, a club statement read: “Poole Town could not survive as it does without the support of our local business community and sponsorship arrangements such as have been agreed with EURAC are a vital part of our financial planning. The Board of Poole Town FC are particularly grateful to Phillip and Adam and their outstanding team for their support.”

Be sure to keep a close eye on the fortunes of the team between now and the end of the season, both home and away.