Not so long ago NASA made a discovery. The problem was that discovery was, according to the laws of physics, totally impossible.

The RF resonant cavity thruster (or EM drive) was first proposed in 2001 and is essentially a propellant free propulsion system. It works by firing microwaves into a closed truncated cone, which push on the cone and propel the craft forward.

The problem with this breakthrough is it’s inconsistent with Newton’s conservation of momentum which essentially says that unless an outside force is applied, an object won’t move. It also breaks Newton’s third law – for every action there is an equal and opposite reaction. 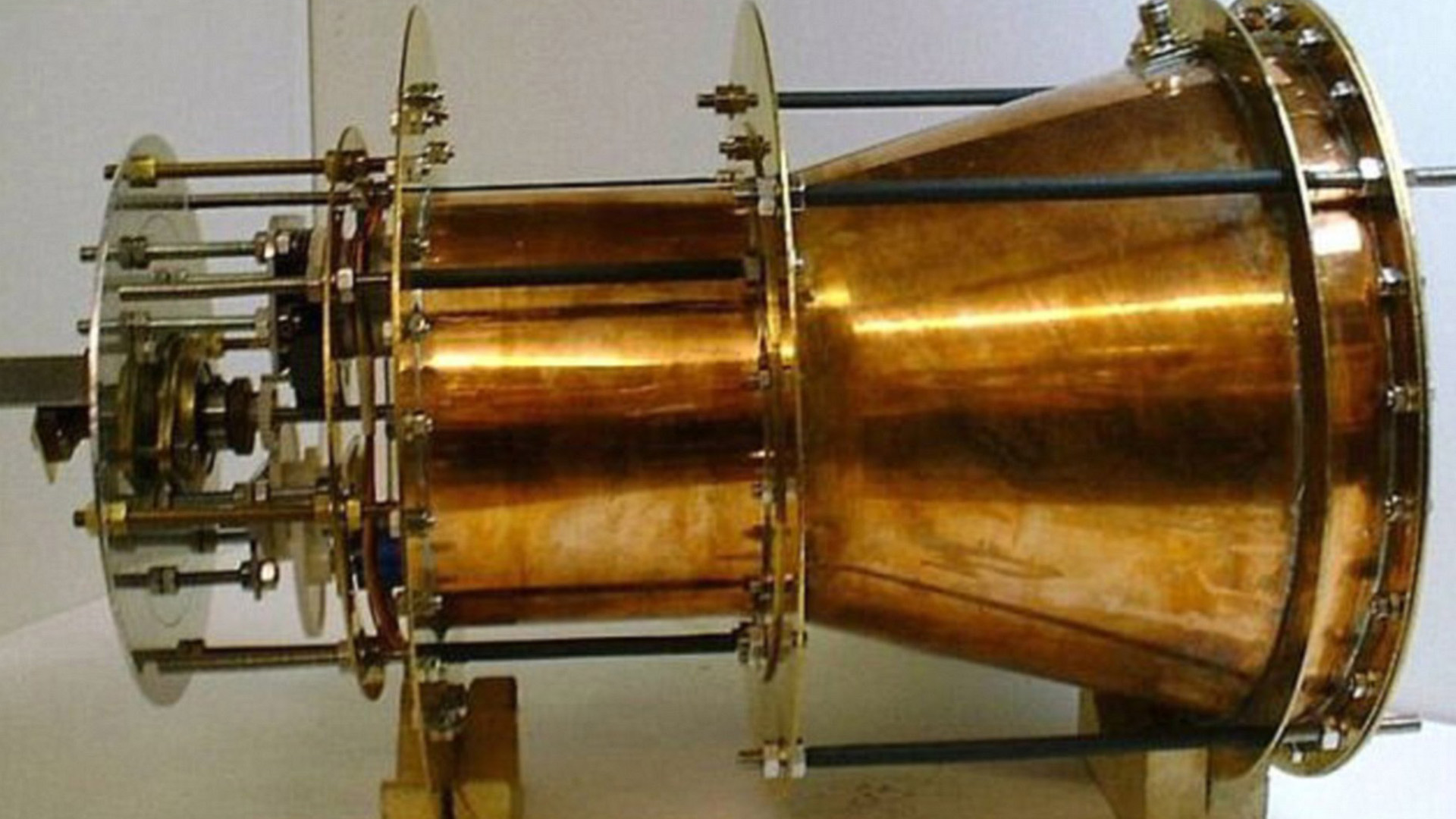 Because there’s no reaction in the same way as conventional propulsion. This either makes it an unexplained phenomena or our understanding of physics is wrong.

Side stepping that Earth shattering possibility, the EM Drive, through rigorous peer review does indeed work. Not only does it work but because it doesn’t require fuel it’s lighter, cheaper, safer and far more efficient than current space rockets. It also doesn’t explode.

It’s also fast. So fast that it has been theorised the drive could take humanity to the edge of our solar system in months rather than years. All of a sudden Star Trek doesn’t seem so farfetched.

The potential for exploration, resource exploitation and colonisation is huge. NASA, the ESA and their international peers are very excited about the potential this drive represents.

Galactic colonisation and first contact with Vulcans aside, the EM Drive poses an interesting consideration to wider applications.

Satellites are an obvious consideration and its introduction to the fledgling Hyperloop technology could mean visiting Australia could be as convenient as popping to the shops. Assuming it can be stopped safely.

More importantly, tests conducted by NASA and other parties prove that the drive creates thrust in both hard vacuum and atmosphere. This means that, theoretically, the EM Drive could replace other forms of propulsion such as cars.

It could also mean hover cars are a possibility, much to the delight or science fiction fans the world over.

In theory (this word gets used a lot) maintaining a constant output would allow a vehicle to hover above the ground at a specified height for as long as the drive has power. Increasing the power would, therefore, increase the altitude.

However, before we all start buying up DeLorean’s and downloading EM Drive blueprints, it’s worth noting that the power to weight ratio, because EM Drives are relatively small and cars aren’t, would turn them into 2 tonne missiles.

The issue is this: in space stopping isn’t a big issue because it’s very big and thinking time and breaking distance isn’t really an issue. Cars need an effective stopping mechanism that allows drivers to respond to emerging hazards and bring the car to a halt as effectively as current braking technology.

Where the technology really lends itself is to aircraft. The EM Drive would revolutionise modern flight and allow commercial airliners to crisscross the globe in a fraction of the time they do now. Assuming the craft could sustain vertical flight you could also say goodbye to those bumpy take-offs and landings.

Conceivably there’s also an application for energy generation so far as the drive could be used to power turbines. 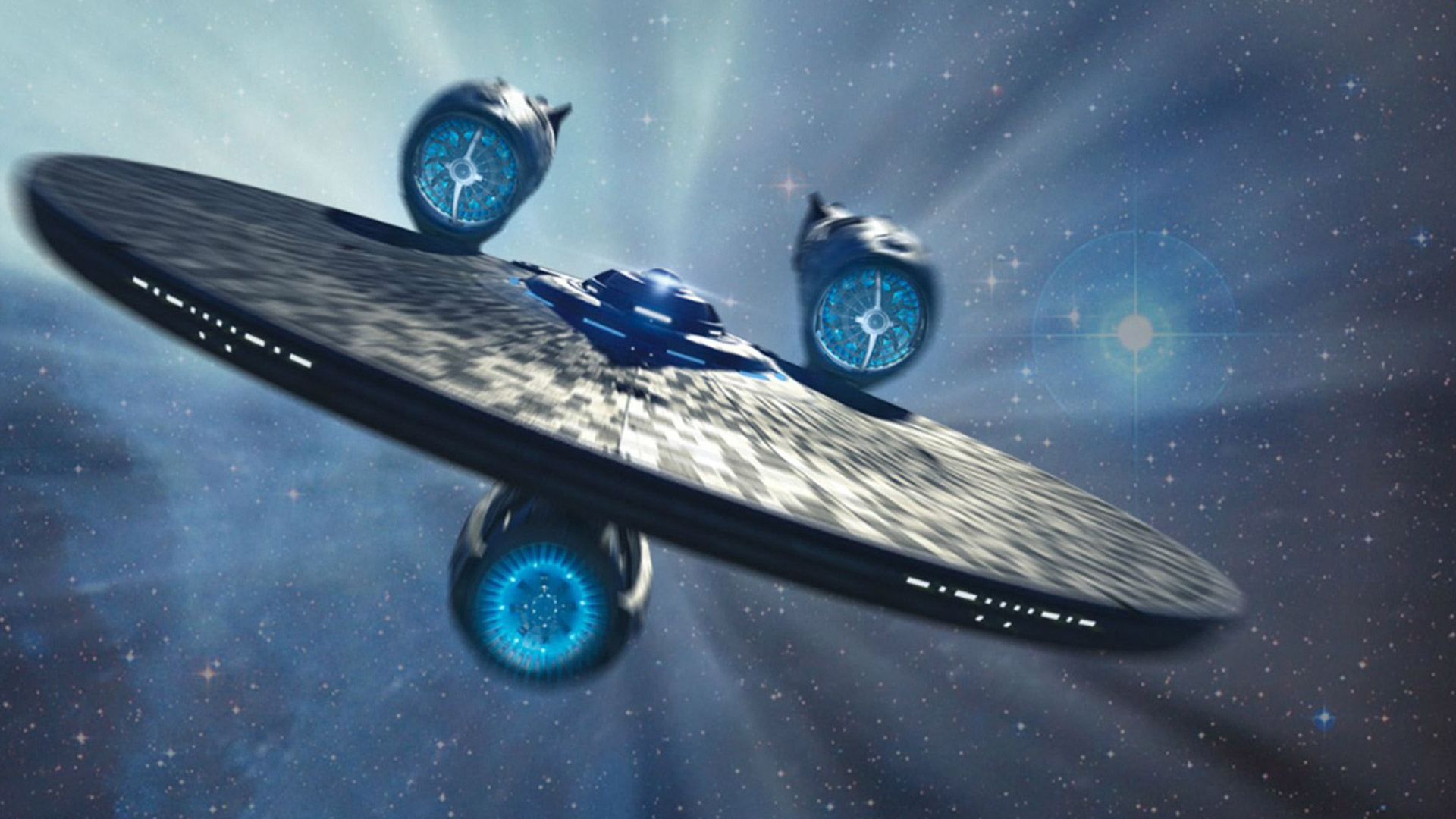 Obviously this is all highly theoretical at this stage and whilst we don’t expect to see the EM Drive under the hood of the next C-Class, we do expect it to be mounted to a new generation of space craft. And we’d be really disappointed if the first of them wasn’t called Enterprise.

What Do You Get If You Cross A Tesla Roadster...